Parkour is ever-increasing in popularity, and becoming a world recognized sport. Often called Art In Motion, this extreme sport is about fluidly getting from Point A to point B as quickly as possible. If you’ve ever when down a social media wormhole and seem videos of guys and gals jumping off of buildings, flipping in the air, speeding their way above, below and around the urban landscape, chances are you’ve stumbled across a parkour video.

But what makes parkour so attractive? Freedom, expression of movement, and athletic skills are three responses that are the most popular, and it’s easy to see how people resonate with this special lifestyle, philosophy, and sport. If you are inspired to find out more, watch insane parkour movement’s or trying it yourself, check out our top 8 parkour athletes you need to be following in 2022! 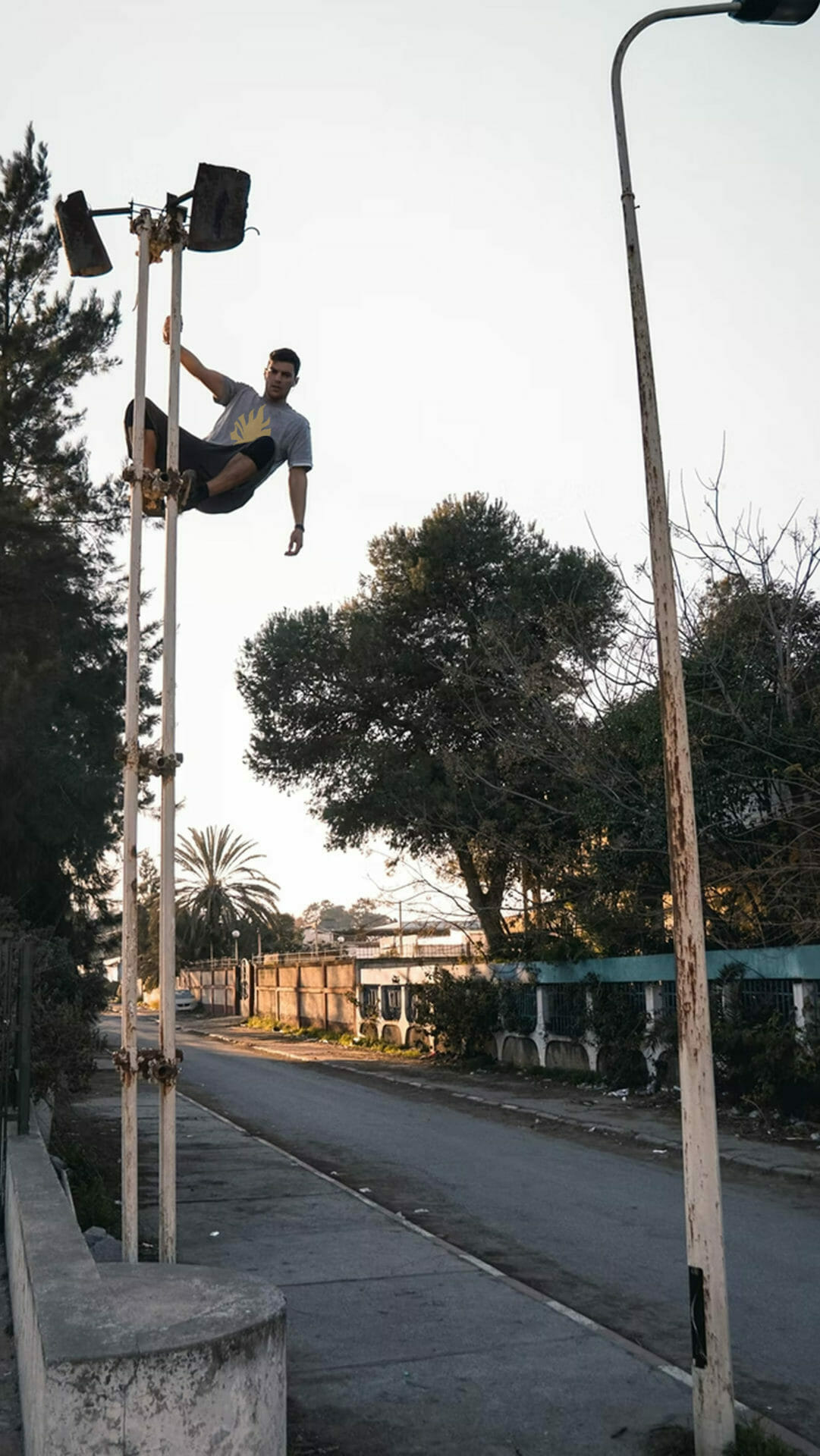 Parkour was first developed in France in the 1980s and is a training discipline using movement and getting from Point A to Point B the quickest. You aim to get from one point to another in a complicated situation or environment without using any support and in the fastest and efficient way possible, and include a wide array of movements, like climbing, swinging, running, vaulting, jumping, plyometrics, rolling, and so many more. Using imagination based with realism, it’s more than just a sport—it’s a lifestyle and philosophy.

This extreme sport is growing in popularly across the world. As for the USA, there are a few states that stick out more than others for parkour popularity:  Washington, Colorado, California, and Oregon have growing parkour communities withing their urban centers. It is popular to perform on the streets and in public areas, growing face base for this extreme sport.

Now that you know what it is and where it is most popular within the United States, let’s get inspired by the best of the best!

One of (if not the most) famous parkour groups in the world, Storror is a collective of seven elite athletes who preform cutting edge tricks and constantly push the boundaries of what is possible. Joining up together to share tiger mutual love of adventure and moment while traveling the world, Storror has inspired countless amounts of people to pursue their skills while growing one of the largest parkour brands in the world. With over 7.5M subscribers, their influence on the sport is huge and constantly growing.

Originating in France, the French Freerun Family is an international professional team of freerunners that not only preform their own stunts, but host workshops, events, development, and competitions. Built around their love of the sort, these French athletes are a huge part of the free running and parkour world, constantly explaining their reach and connecting with people who are new to the sport.

Pedro Salgado has continuously lept to new heights within the parkour and freerunning sports. First starting training on his own around 2007, extreme sports was already in his blood due to his father’s love of cliff diving. World renowned for his skills, you can’t help but become inspired after seeing him preform.

One Mistake Turns Into a Swim!

Origins is the first gym decided solely to parkour training, based in Vancouver. Becoming home base for so many people who want to develop their freerunning skills, this Vancouver facility dedicated to parkour training is building a growing community around the sport. Follow them on social media as they share lots of training videos and helpful advice.

Living out of his suitcase, traveling the world for 10+ years, all while doing parkour? He is sponsored by companies like Redbull and GoPro. Famous across major social media, Jason is one to watch for his awe-inspiring works of parkour-art.

Ryan Doyle is one of the most world-famous freerunners and parkour athletes there is. He’s done parkour across the world, working with many top brands and platforms. As a teenager, he trained in the Korean martial art of Kuk Sool Won, developing his own running style by combining both the traditional freeruning movements with his skills as a martial artist. Constantly intrigued by movement since he was born, his style is instantly recognizable. Additionally, his skills have  made him a part of the MCU—Ryan was a part of the production/stunt team!

After seeing these top athletes preform, don’t you feel pumped up and motivated? Ready to give it a try yourself? Take a look at our all encompassing article on parkour.

Follow GOWFO.com for the latest news on all things extreme sports. Want to grow your followers within the extreme sports world? If you’re an extreme sports content creator or influencer and want to participate in the launch of WFO.TV, please contact us.